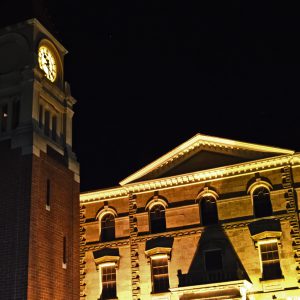 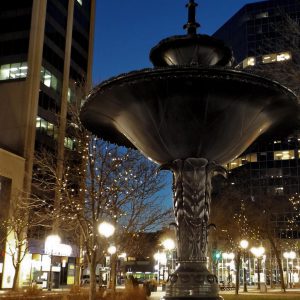 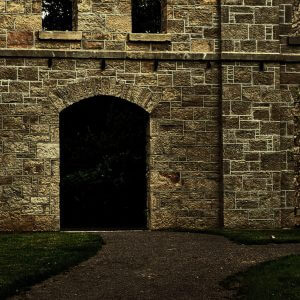 Niagara on the Lake

With North America’s oldest legend, a mystery at the Apothecary, the theatre ghost scaring audiences and a mansion that makes cameras go crazy.

Plus séances, secrets and dark history at the centre of the only war fought in Canada.

A traditional Ghost Walk 15 years in the making!   With some of our best ghost stories.

Along with the colourful women ghosts and a secret haunted gem.   Plus how the love of a caretaker defies death and proof theatres are just more haunted.

Experiencing the haunted city in a unique way.

The Hermitage Ruins is our classic one-of-a-kind tour into the haunted forest at night.  It’s all starts in the rarely opened gatehouse before abandoning light for darkness.

Down a short path to the hidden place with much history, legends and ghosts.  Featuring stories of a doomed coachman, shadows following the tour, experiences over generations and Ancaster’s infamous legend.

The only Ghost Walks of Toronto Tour for a reason. Legendary stories told with our popular style.

Starting on the stairs of Canada’s most impressive historic building, Old City Hall.  For an easy route around Yonge-Dundas Square, the city’s most haunted area.

Featuring serious judges embarrassed by ghosts.  A couple scared away by the city’s rebel mayor ghost, and a morgue attendant who never left St. Michael’s Hospital.  With stops at the Mackenzie House, Massey Hall and under the marquee of the Elgin & Winter Garden Theatre.

The Dark Trolley Tour is a fun ride along Hamilton’s picturesque waterfront… at night… with haunting stories!

Relax as stories are told over the mic of Hamilton’s open-air Harbourfront Trolley cars.

Featuring the Ghosts of the Great Lakes, death and burials in the quiet deep.  Plus the cursed Heights, and stand on the site of Canada’s tragic historic train disaster for a story you’ll not soon forget.

Hamilton’s Dark History is only dark and violent stories from true history.  It’s not the Hamilton you know!

Events like executions and trials, names like Rocco Perri and the murderess Evelyn Dick… all where they happened.

Why our city has a terrible reputation for executions, and the death citizens wanted.  Plus we prove this was a mafia town, featuring the site of an assassination and the rise and fall of Canada’s own Al Capone.

Featuring the true villain of the 1813 burning, a disgruntled British politician.  With a disappearance that almost ended Freemasonry, the lover’s public execution and standing up to slavery with violence.

Plus a leisurely walk

Featuring a Ghost Hunt style made popular with years of testing.  What better place than the historic home of Emily, featured on TV’s Creepy Canada.  Emily might not be real, but history breeds ghosts.  This event tries to prove it.

Night features an opening seminar before you wander.  Includes use of investigative tools and an end of night séance.

Rarely done and with limited space!

Get Lost in a Ghost Story!

Southern Ontario’s haunted locations.  Based out of Canada’s most haunted town, Niagara-on-the-Lake and featuring tours in Niagara, Hamilton and Toronto.